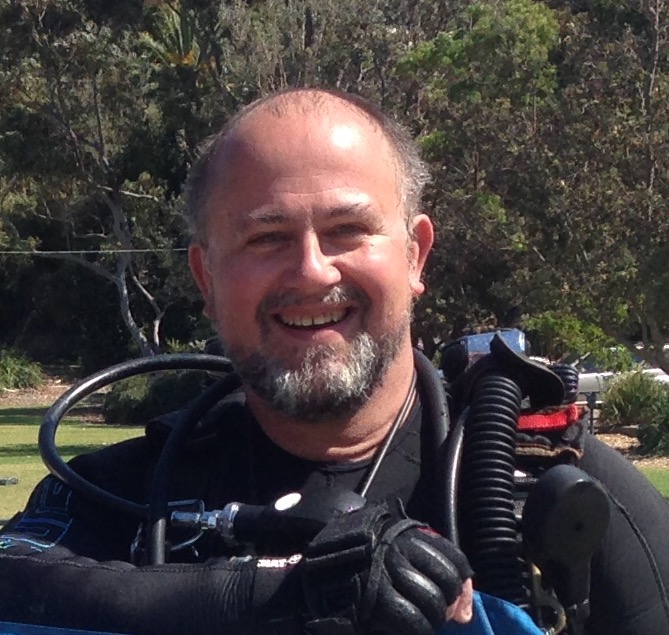 Richard Taylor has over 30 years experience in Technical Diving in Australia & New Zealand, starting with the deep wrecks off Sydney in the early 90s, including some of the first trimix dives in Australia in 1994 (before certifications were available).

He is a past Regional Director for Technical Diving International (TDI) and Scuba Diving International (SDI) and holds Instructor Trainer ratings with them at multiple levels. He was a Founding Member of 'The Sydney Project' mixed gas diving team exploring sunken heritage in NSW, was Safety and Diving Officer for the joint Australian-Turkish team finding the Australian WW1 Submarine the AE2 off Gallipoli in 1997 and 1998 and was also part of the first mixed gas dive team to explore the Pearce Resurgence in New Zealand in 1997 (which included the body recover of Dave Weaver).

In 1999, he founded the acclaimed OZTek Australasian Diving Technologies Exhibitions & Conferences and ran OZTek99 in Sydney, OZTek2000 in Melbourne & OZTek3 in Sydney in 2002 before partnering with David Strike in the successful OZTek4 & OZTek'07 Dive Shows in Sydney in 2005 & 2007. He is past president of the Dive Industry Association of Australia (DIAA), past Founding Chair of the NZ Recreational Dive Industry Group (NZRDIG), and has sat, and continues to sit, on Standards Australia committees and Health & Safety industry liaison groups.

Richard has taught hundreds of technical divers and Instructors around the world and has held past Instructor ratings with IAND, IANTD, PADI & CMAS. An avid wreck diver he has dived wrecks across the globe and been keen cave diver and 20+ year member of the CDAA. He continues to teach today for SDI/TDI/FRTI and is one of the few Instructor Trainer Evaluators.

Richard has, over the years, published numerous articles on technical diving and the health & safety of divers and has presented at numerous symposiums and diving conferences globally. He is not afraid of voicing a strong view on subjects and, as a past rebreather diver & instructor, is a passionate advocate for training and maintaining Open Circuit Technical Diving skills. He is a strong supporter of Gareth Lock’s Human Factors in Diving programs and is a keen advocate for Mental Health First Aid.

His strong belief is that as we gain more experience, we gain a responsibility to pass our knowledge and skills on to others so those who come after us can go further than we have.