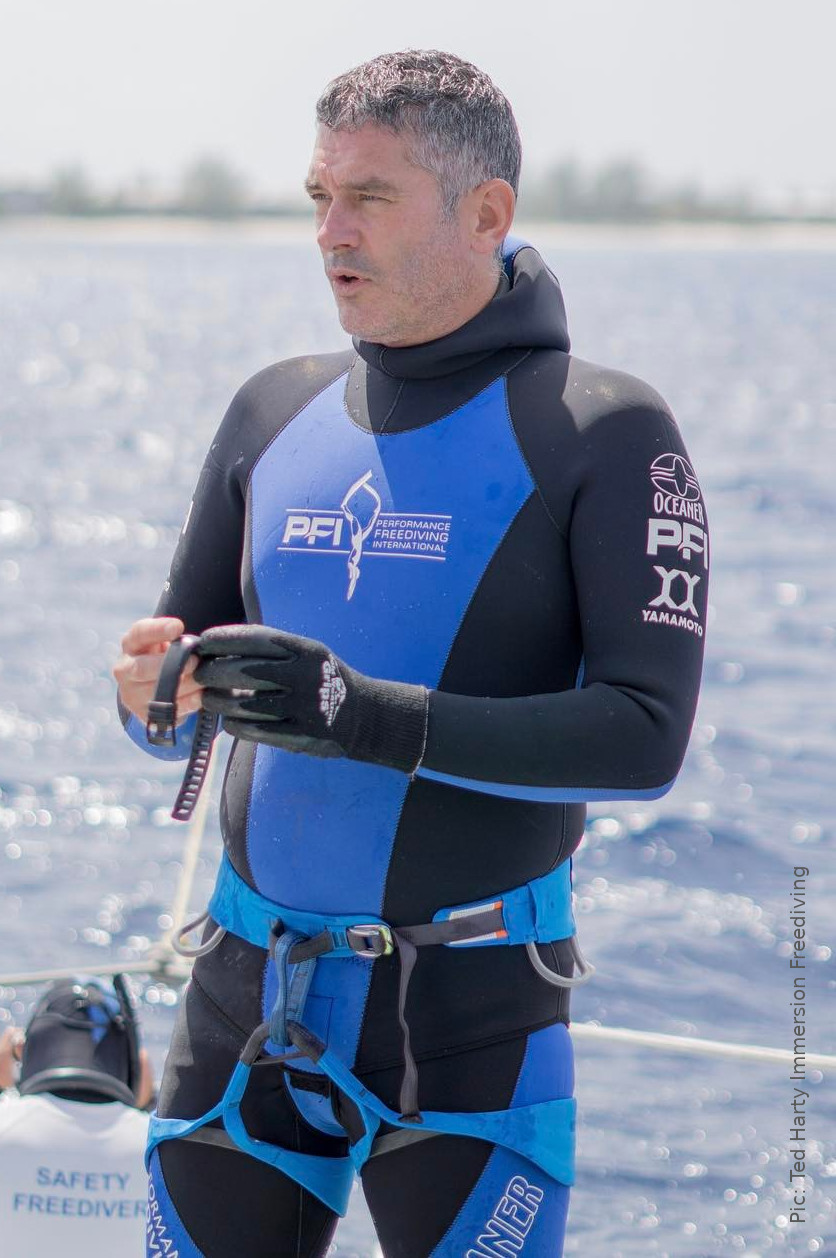 For over two decades, Kirk Krack has developed education and certification programs with one goal: to improve safety in freediving. Through his leadership and participation in various projects, Kirk has contributed to the advancement of the scientific study of the effects of hypoxia on the human body and the conservation of our oceans and its creatures. In 2016, in recognition of his sustained and valuable contributions, he was named the Diver's Alert Network (DAN)/Rolex Diver of the Year.

Kirk always had an affinity for the water. He became scuba certified at 15 and within four years he owned and operated the first of several dive shops across the world. By age 18, Kirk had progressed through the instructor ranks of recreational scuba and had become a devoted technical diving enthusiast, progressing to the level of instructor trainer. 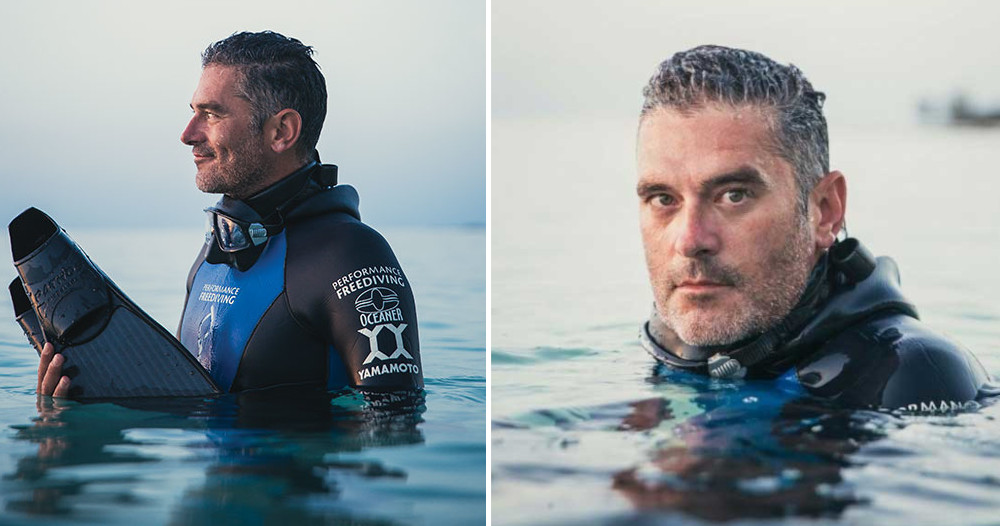 During this time Kirk became enthralled by freediving. Combining his knowledge of water-related physics and physiology, honed through his scuba and tech diving career with a motivation to test himself and explore human potential, Kirk began training athletes in competitive freediving, a sport known mainly in Mediterranean Europe. Kirk has trained seven athletes to 23 world records and dozens more to hundreds of national records; chief among these is Kirk's wife, Mandy-Rae Krack, whom he trained and coached to seven world records and 13 Canadian national records.

Kirk continued to distill the knowledge he gained by testing techniques, refining the process, and improving his methods, and in January 2000, Kirk formed Performance Freediving International (PFI) in order to create and implement freediving safety and training standards. PFI is the second oldest freedive-specific training and certification agency in the world and the oldest in the Western Hemisphere. Through its more than 100 highly trained and rigorously qualified and insured instructors, PFI has trained and certified over 10,000 freedivers.

Kirk has used the body of knowledge he gained over two decades of teaching and training freedivers to develop specialised training programs allowing athletes and other specific groups to gain the benefits of breath-hold training. Kirk developed the first ever Breath-Hold Surf Survival (BHSS) course - a program that trains the world's top big wave surfers to survive the violent "hold downs" that occur when they become trapped for long periods underwater beneath mountainous waves.

Top sponsors like Oakley and Red Bull send their athletes through Kirk's BHSS program, and he has trained world-class athletes ranging from Olympic downhill skiers to motocross riders to endurance racers. Through Kirk's training, these athletes not only realise distinct physiological benefits and adaptations, but they develop the mental strength and focus to withstand the intense discomfort brought on by minutes of activity performed without breathing.

The success of Kirk's BHSS program led to the development of other programs for professionals who are called on to perform under extreme duress on a single breath. Kirk developed PFI's Breath Hold Special Operations (BHSO) program to train elite military special operations team members in the techniques and mental fortitude required to withstand minutes underwater on a single breath while the body is otherwise in a state of high metabolism and distress. This training is invaluable for civilian and military personnel like swift water rescue teams, search and rescue teams, and military special forces operators for whom surfacing to take a breath may not be an option. Today, Kirk develops programs for the special forces operators of three nations' militaries: the U.S., Canada, and Great Britain. 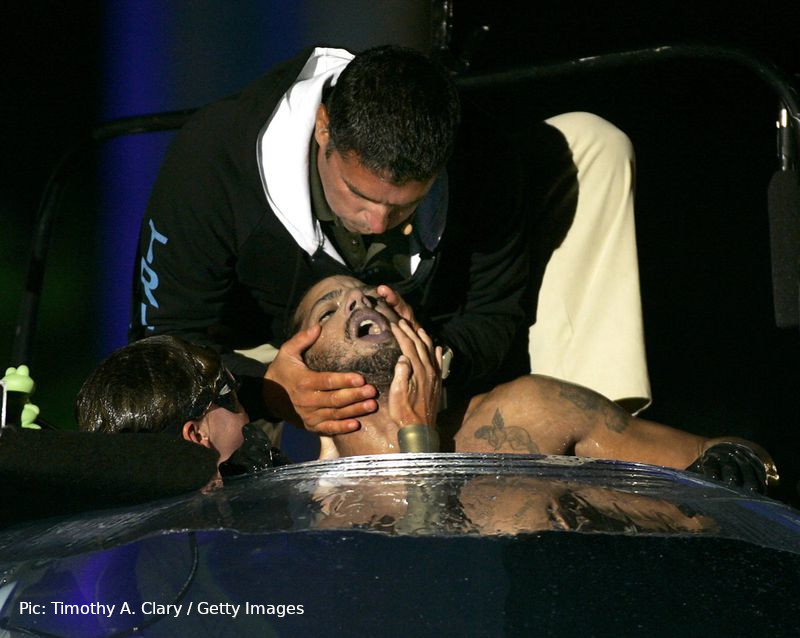 Above: Kirk Krack holds the head of magician David Blaine after pulling him out of the water, after having being encased in an 8-foot acrylic sphere filled with water at Lincoln Center in New York.

In 2016, Kirk and his PFI instructors developed the first ever freedive training course for individuals with disabilities. That same year, he developed safety protocols for "Technical Freediving," which involves the use of mixed gasses to prolong breath-hold, reduce fatigue, and speed recovery, and in January 2017, Kirk led the first ever freedive expedition to explore the sunken World War II shipwrecks of the Truk Lagoon in Micronesia, an effort that combined technical freediving with the use of underwater dive propulsion vehicles (DPVs) to achieve breath-hold dives of greater than six minutes. 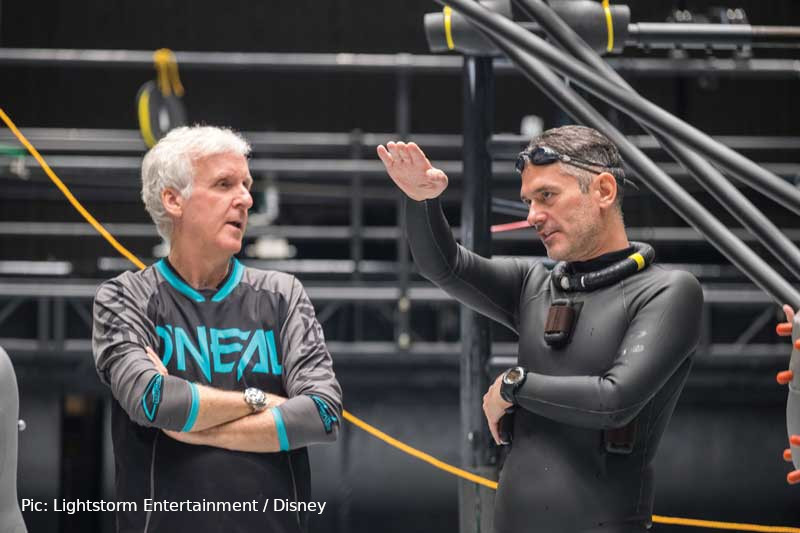 Above: James Cameron and Kirk Krack on the set of Avatar 2.

Among the individuals Kirk has trained are Tom Cruise and Rebecca Ferguson for their underwater roles in the blockbuster feature film Mission: Impossible-Rogue Nation, Margot Robbie and her stunt double for their underwater roles in Suicide Squad (in which Kirk also served as a credited on-screen stunt double for Batman), endurance performer and illusionist David Blaine for his world record breath-hold attempts live on the Oprah Winfrey Show (he survived over 17 minutes on a single breath of oxygen-enriched air), Tiger Woods, Lindsey Vonn, and Woody Harrelson. Most recently, he's worked with actors on the set of James Cameron's upcoming Avatar 2, the sequel to his epic Avatar film.

Margot Robbie explains how she learned to hold her breath for 5 minutes for Suicide Squad, with the help of Kirk "Captain Kirk" Krack.

Kirk sits on the Board of Advisors for Divewise.org and has advised on the development of Oceanic Safety System's lifesaving Freediver Recovery Vest. Diver's Alert Network (DAN), the world's largest dive safety organisation, and the National Association of Underwater Instructors (NAUI), the world's leading non-profit diving association, have both formed educational alliances with PFI to give their members access to Kirk's knowledge and expertise.