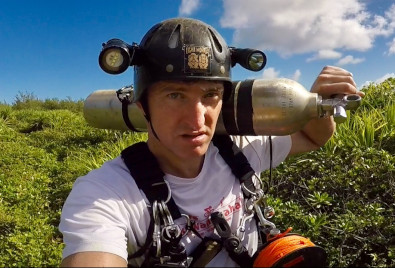 Bruce is a cave diving explorer based in New Zealand.

Over the last few years he has organised and been part of multiple exploration efforts in New Zealand, Australia and The Cook Islands.

Diving since 1989, Bruce has been focused on cave exploration almost exclusively since 2010.

His current focus is on exploring, linking and mapping cave systems in the Nelson and West Coast regions of the South Island of NZ, both as a solo diver and as a team member.

Since 2015 he has also been part of the Karst Monkeys Australian dive team. The Karst Monkeys specialise in exploring cave systems in some of the most remote areas of Australia. They have been responsible for the exploration and mapping of Olwolgin Cave in the Nullarbor desert and recently multiple caves in the Northern parts of Queensland.

Between May 2016 and November 2018 Bruce organised and lead 6 expeditions to explore, map and study the caves of the Cook Islands. Over 3 km of passages were discovered and mapped to depths in excess of 80 metres. 3 of these expeditions were solo.

In 2019, Bruce, together with Tom Crisp, linked two cave systems together during an exploration dive in the Spitalls system. This connection created NZ’s 10th largest cave system.

In January 2021 Bruce and Kieran Mckay extended the Riuwaka Cave System during a 19-hour caving and cave diving trip. Bruce has described the Riuwaka cave system as the most technically, mentally and physically challenging environment he has been in. If the Riuwaka system can be linked to the Middle Earth system this would create New Zealand’s second-largest cave system.

He has also been responsible for organising the first Cave Diving and Sump Rescue course in New Zealand. He is currently the National Sump Rescue Coordinator for the New Zealand Speleological Society. 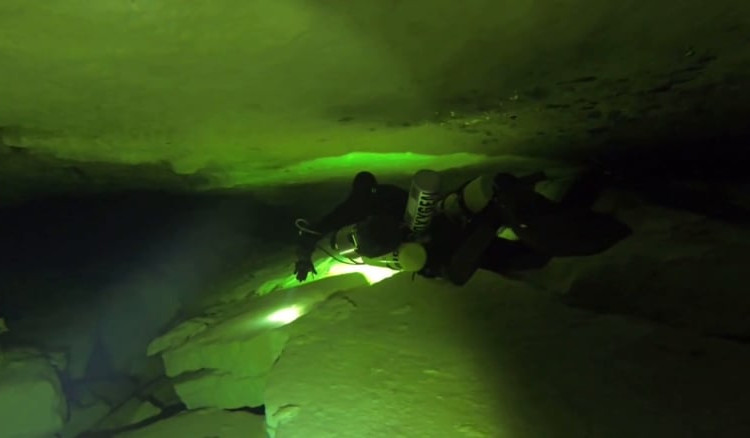 Bruce is currently employed as a Captain and Flight Instructor on the Airbus A320 and A321 aircraft for Air New Zealand. He has over 17’000 hours of flight experience. He credits his aviation background and training as helping him be a safe and efficient exploration rebreather diver.